Xeomin injections for the first time: One woman’s story 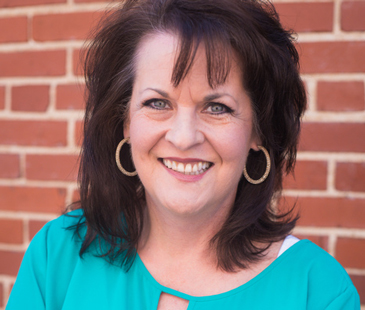 I remember waking up the morning of Friday May 18th thinking – “today, I am voluntarily going to a doctor to have needles stuck repeatedly in my face” – for the sake of beauty.

It all started when I won a contest to be one of 10 women to try out the latest product in dermatological circles called Xeomin.  Xeomin is being called the “healthier” Botox, because it only contains botulin – none of the other additives that are in Botox. From what I understand, Xeomin is so additive-free, it doesn’t even need to be refrigerated.

Because Xeomin is a new product they offer, Skin Wellness offered this group of women the opportunity to get free injections in exchange for before and after pictures in order to introduce this product properly into the Birmingham marketplace and show its effectiveness in smoothing wrinkles and enhancing the look of the face.

Ever since my 20’s, I’ve had a deep furrow between my eyebrows (thanks Dad – he has the same thing.)  And I just get this feeling that people think I’m mad, even when I’m just thinking, or staring at the snacks in our work break room, or contemplating an idea in a meeting.  So I’ve always been super self-conscious about it, even going to such lengths as to raise my eyebrows when in meetings so that I would somehow be less furrowed-looking. So the idea of Botox had definitely crossed my mind before.  But did I mention….

I am terrified of needles.

Any kind of needle.  I get queasy when I have to get the flu shot.  I passed out once when I was really sick and had to get a shot of penicillin.  So, the idea of voluntarily getting shots in my face seemed out of the question for years.  And then I won this darn contest. Free Xeomin, Botox’s “green” friend. So I decided to suck it up and see what all this muscle freezing stuff is all about.

My friends all kindly started telling me horror stories.

One friend happily announced to me – “Oh, I had a friend who got Botox and she started bleeding profusely – it was so painful!!”  “Where did your friend get her shots,” I asked.  “From her dentist,” she replied.  FROM HER DENTIST.  It is true that you can now get Botox and Xeomin shots from lots of different places, from oral surgeons to med spas.

When I raised this subject with the nurses at Skin Wellness, they reminded me that Dr. Hartman was a dermatologist who did injections and fillers ALL DAY LONG, every single day.  He is so good, companies actually pay him to go around to other dermatology clinics to teach them the latest techniques. What I learned: if you’re going to get injections in your face, you darn well better do it A. at a qualified dermatologist, and B. from a dermatologist who does a lot of them, like Dr. Hartman.

I shakily greeted Dr. Hartman when he entered my patient room.  He took one look at me and said “you’re scared to death aren’t you?”  He actually took the time to really describe in detail exactly what he was going to do, and explained that if done well, I really should not experience any pain.

So, finally, he got started.  He told me right before every time he injected me, and he kept asking, “are you ok?”  And after about the fourth poke, I realized he was exactly right – it SINCERELY DID NOT HURT.  I mean, sure – I felt it, but it was like the teensiest, tiniest little pinch you’ve ever had.  Nothing to make you clench your teeth or grip your chair by any means. And the best part?  It was all over in less than 3 minutes – I’m not kidding. I couldn’t believe it. He told me it would take 1-2 weeks for everything to take full effect, so now all I had to do was wait and see if my “angry face” would really and truly go away.

By the way – what a charming guy, this Dr. Hartman.  Never had a doctor take such great pains to make sure I was comfortable, educated, and taken care of.  You could almost forget momentarily that he was a well-respected, world-renowned dermatologist, because he was almost just like talking to a good friend.  I LOVED that the most about Skin Wellness. All of the staff there clearly loved what they did, and it showed in their positive, attentive attitude towards all their patients.

Two weeks later – the proof is in

It’s been two weeks since I had my Xeomin injections.  Not only did I get the injections between my brow, I let him do my crow’s feet at the side of my eyes as well.  And in fact – I no longer have deep furrows between my eyes! I think the biggest surprise is how much better my face looks with the crow’s feet virtually gone.  I had no idea injections in that area would make such a big difference, but I think I’m most pleased with the result in this area. I look 10 years younger in my opinion, I look well-rested, and I look like I’m simply aging well – no “frozen face”, no wide-eyed look like you see with some women who’ve gotten injections.

My sincere advice:  make an appointment today with Dr. Hartman to get Xeomin injections.  Let him talk with you about areas of your face where he feels the Xeomin will make the biggest impact.  I’m 52 years old, and I’m telling you, it’s the best thing I’ve done for myself in 10 years, and I wish I had started before now.

I can’t get over how much better I feel about the way I look.  So yes – I am now a Xeomin fan, and when this stuff wears off after 3-4 months, I will be making my appointment to go see my friend Dr. Hartman again to keep up my youthful appearance!