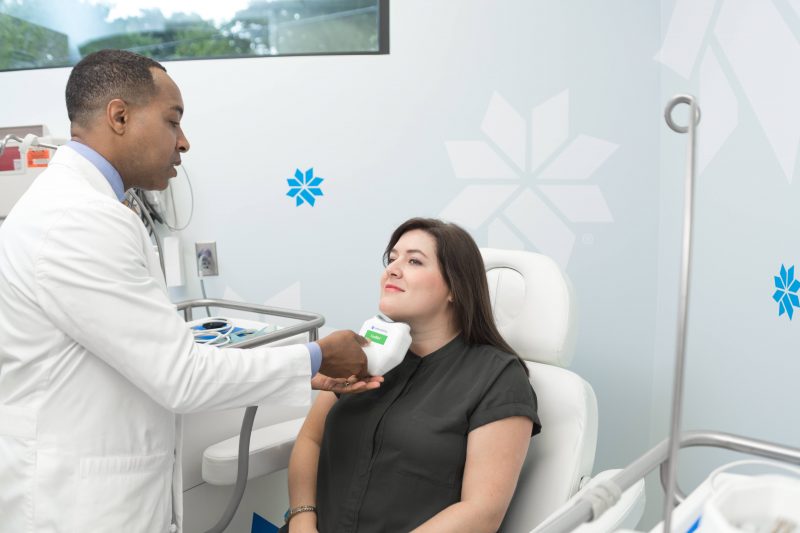 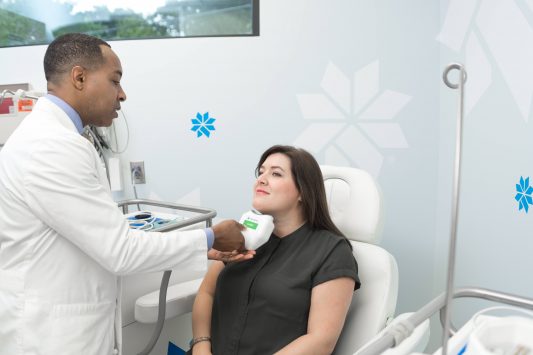 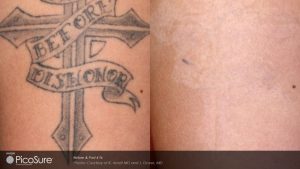 Ready to lose that tattoo?

Do it better and faster with PicoSure.® PicoSure is the world’s first picosecond laser and the only advanced tattoo removal laser with PressureWave™ technology, which works with your body to remove unwanted ink. Selective “shattering” with PressureWave™ PicoSure delivers laser energy that specifically targets tattoo ink, resulting in the successful shattering of just the ink particles without harming the surrounding tissue. PressureWave is the secret behind tattoo treatments with PicoSure.

• Multicolored tattoos, including blues and greens

How does a PicoSure treatment work?

During treatment with PicoSure, ultra-short (trillionths of a second) pulses target ink particles with PressureWave technology—a pressure so powerful, the ink shatters into tiny dust-like particles. These microscopic particles are more rapidly absorbed and eliminated naturally by the body.

Unlike traditional tattoo lasers, which rely on heat to destroy tattoo ink, PicoSure delivers a photomechanical impact called PressureWave that effectively shatters ink into tiny particles. This can mean better clearance of the tattoo and fewer treatments compared to conventional laser tattoo removal.

Lose the ink, faster, with PicoSure:

• Number of treatments needed is dependent on variables such as ink characteristics, size of tattoo, location on body, and lifestyle habits* 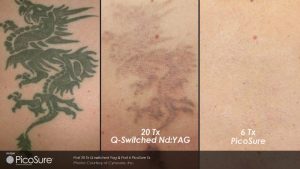 * Your treatment provider will develop a treatment plan to meet your individual needs. Patients and treatment providers have reported better clearance (disappearance) of tattoos with improved recovery time. So you can expect excellent results with PicoSure. PressureWave your tattoo away with PicoSure Let PicoSure work with your body to clear unwanted ink colors, with breakthrough tattoo removal.